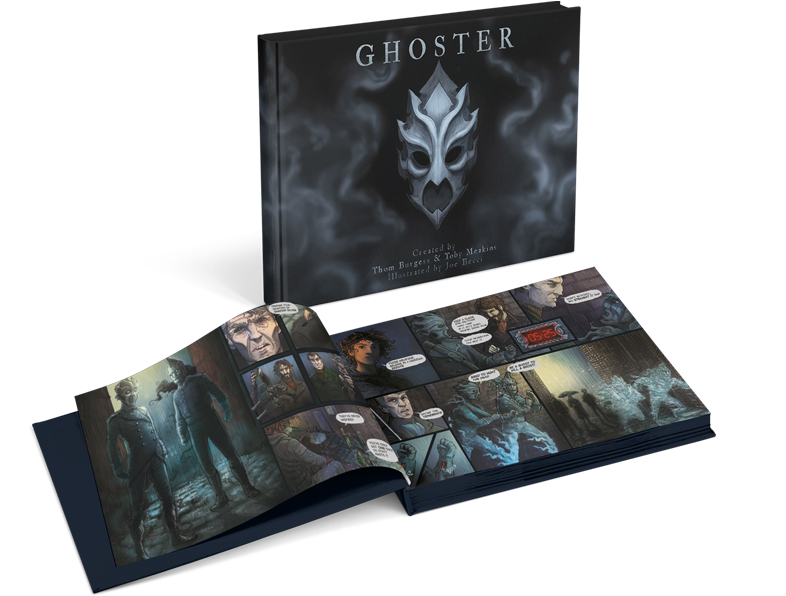 ‘Once upon a time or so it’s said, a Ghoster came to hunt the dead’

Acclaimed comic writer Thom Burgess (Malevolents,The Eyrie) and award-winning filmmaker Toby Meakins (Breathe, Floor 9.5) have teamed up to create GHOSTER – A dark, supernatural world with a rich hidden history that spans centuries and reaches across continents. A world where the malevolent spirits that feed on the pain, suffering and death of humans are only kept at bay by an almost extinct band of malevolent hunters, who literally become ghosts to hunt ghosts. 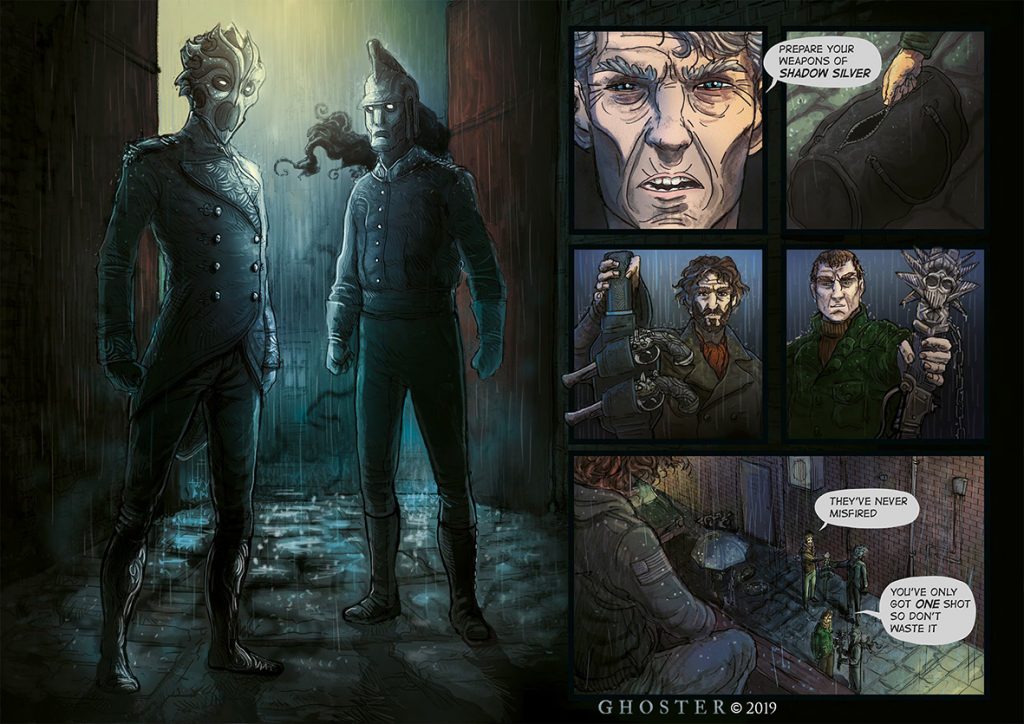 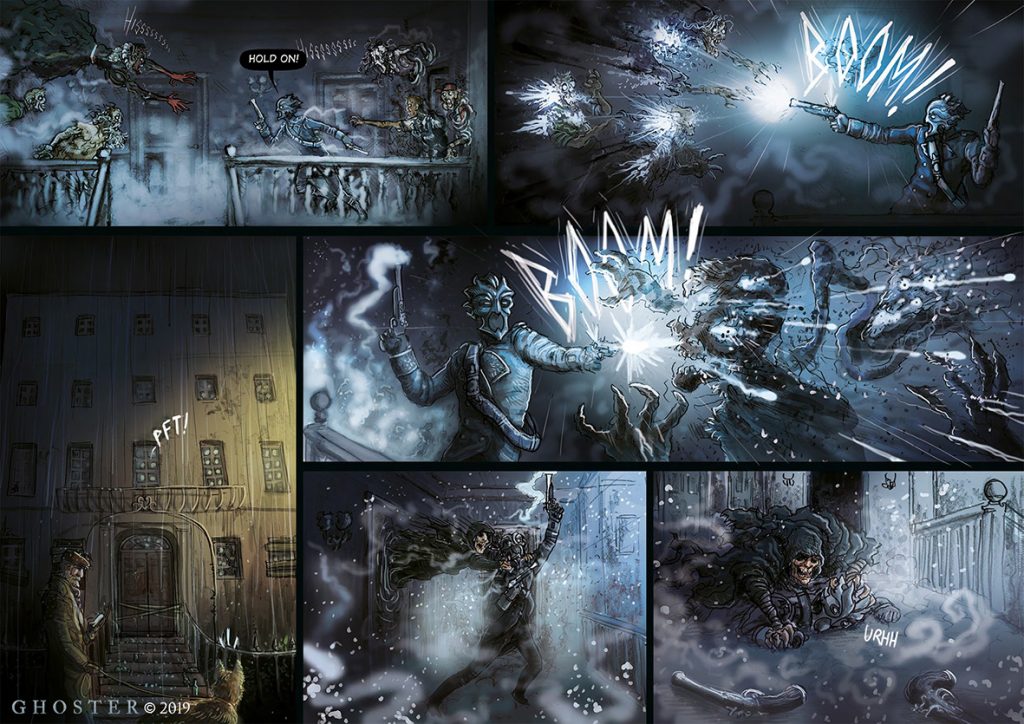 “ it moves at an exciting pace that doesn’t waste a moment.” Superpowered Fancast

“A strong dose of horror and suspense” Dreadcentral

“An atmospheric and exciting new world of adventure”   Starburst Magazine